Transformation of  a Theatre Into a Multipurpose Room 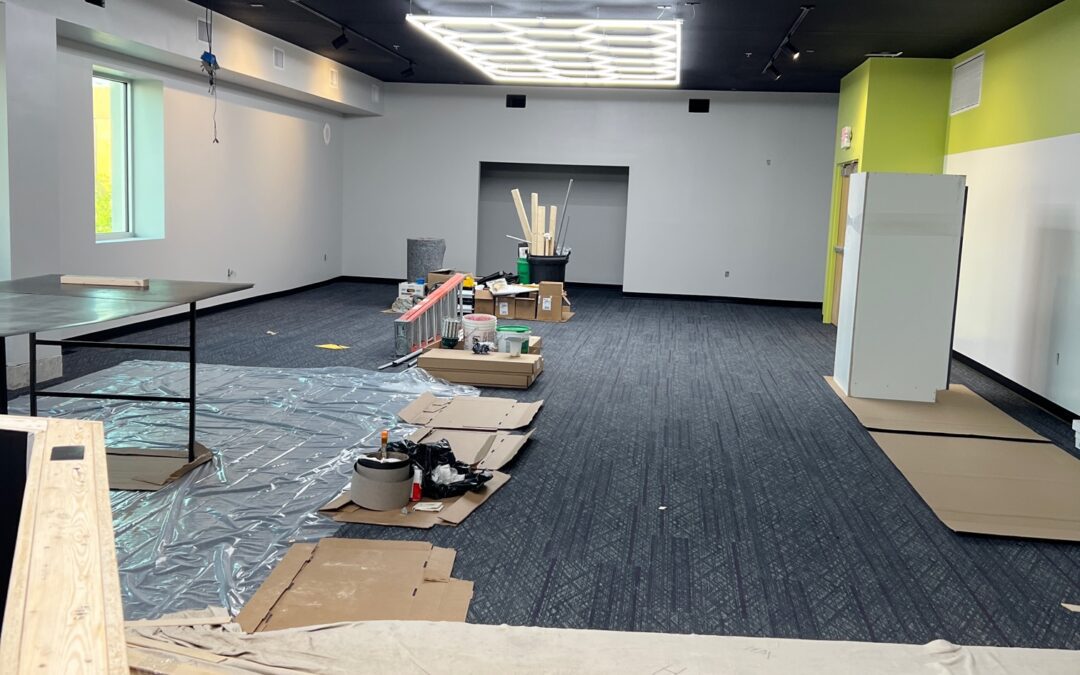 The Executive Vice President of Earl Rodgers and Associates, Michael Shaw, is very active in the Terre Haute Community. One of the company’s many long-standing relationships in the community is with Holder Design. Together they collaborated to reconfigure a space inside the Terre Haute Children’s Museum.

Although a complex project, it was completed safely, efficiently, and on budget. Shaw described the intricacy and difficulties of the project that involved renovating a theater space within the Terre Haute Children’s Museum into a multipurpose area that could be used for various purposes, including meetings. The theater space had a sloped floor. Earl Rodgers and Associates were tasked with leveling the floor, which meant the concrete has to be cut horizontally.

Cutting concrete horizontally is sometimes referred to as a slab or flat sawing. Horizontally cutting concrete can be done with a single-person-operated machine. The machine requires a trained operator. Slab or flat saws feature a diamond blade that can cut to a depth of 24 inches. These are typically used to remove damaged pavement and concrete sections for remodeling purposes and prepare cracks for repair.